Let me start with a screenshot that explains the premise for this article. [push h=”14″] The airline doesn’t have enough resources. The Marketing department already has enough to do. Corporate Communications can’t spare anyone. It’s impossible to monitor everything on Facebook and Twitter. It’s ridiculous to think that every query can be answered. In fact, most airlines reply to only 23% of their incoming tweets (see our research report). The list is endless, like all lists of excuses. [push h=”14″]

At face-value, these seem like reasonable, even understandable reasons. [push h=”14″]

But then you come to the real clincher: “We are not comfortable / we do not have a policy (or a similar variation) to engage with customers directly. We have contact-centers for that which follow protocol.” [push h=”14″]

Why are you here?

Here’s the thing. You might have even heard of this aphorism: “You can’t have your cake and eat it too”. Well, guess what: you can’t be on social media and not engage your audience. You think the job’s done when you (or your agency) create that Facebook page with a fancy cover photo or even a Twitter profile to put up a show of being social-savvy. It’s not. [push h=”14″]

Once you take the leap, your audience – customers and potential customers – come to you. They come to you thinking you know the basics already. That you know social media is designed for conversations, not mindless advertisements and “closed” Facebook walls/timelines. [push h=”14″]

But you do the opposite. You’re still following the traditional advertising ethos of the Stone Age. You still think your brand is owned by you. That the customer should have no say in your brand and that you can feed him advertisements day after day in the hope that he/she generously channels some of his/her hard-earned money towards you. [push h=”14″]

Play according to the rules. Or lose.

You might think I’m complaining too much so let me set out some basic rules of being on social media. [push h=”14″]

You might think this is all an inexact science and nobody really knows what really works, but the fact is that some basic rules apply here as well. For example, if you’re being less than prompt in responding to a really high-tier member of your loyalty program – someone who’s potentially worth hundreds of thousands of dollars – on your Facebook page, you really need to rethink not just your Facebook (and social media) strategy but Marketing and Customer Service as well. [push h=”14″] 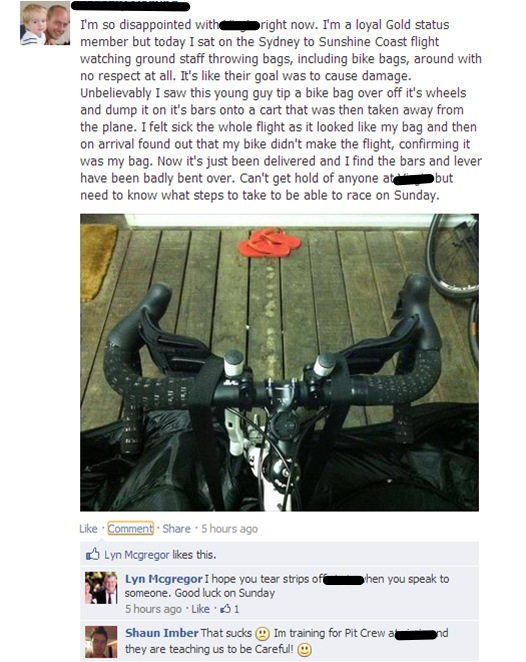