Emirates ‘Do you Remember’​ hits the wrong note 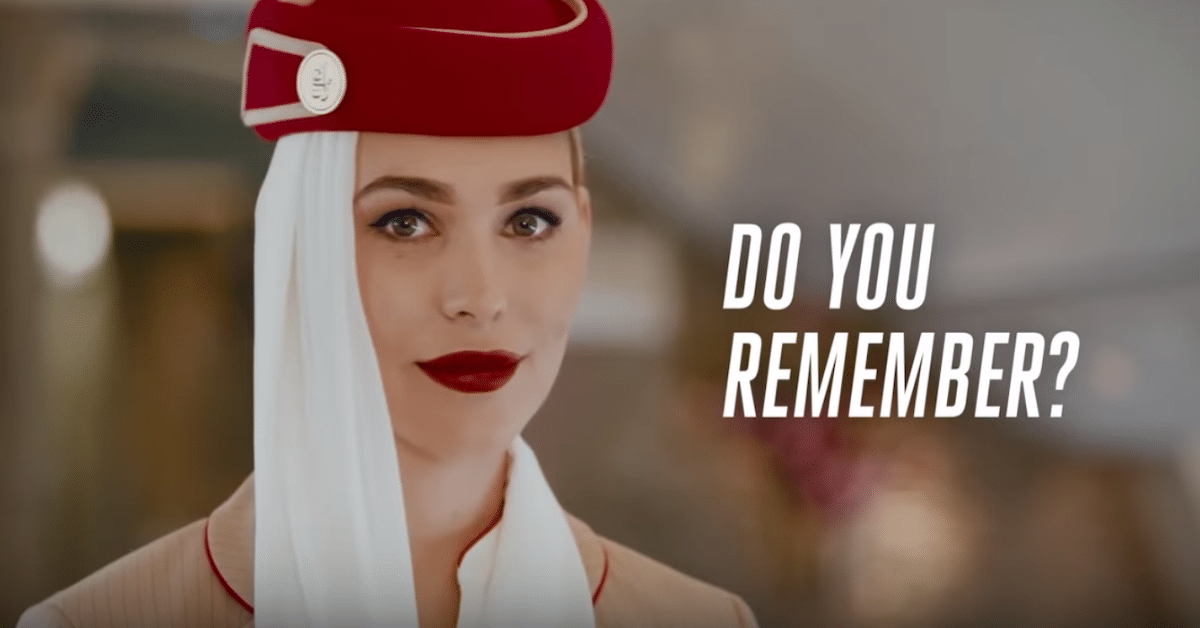 Emirates has released a new online video called ‘Do you remember’, which looks ahead to better days when we’ll all be able to travel again.

I really wanted to like it. I’m all for airlines starting to think long term when it comes to their brand. However the more I watched it, the more uncomfortable I became. In terms of tone and messaging, I think Emirates has got this wrong.  Here’s why:

By using ‘Do you remember’ throughout the video, Emirates reminds us that this crisis will eventually pass. So far so good. But it’s the examples used that I found somewhat jarring:

‘Do you remember when we stayed away from the gyms and watched too much TV’ (scenes of a mum trying to exercise while her daughter watches, and a couple on a sofa)

‘So we put on weight and learned not to hate anything or anybody anymore’ (kid tumbles over his Dad trying to do push-ups, they both laugh)

With these examples, Emirates is putting a sugary gloss on the global lockdown.  And yes of course, there have been moments of humour and examples of human creativity in people trying to get through it.

But how much of what Emirates showed in their film matches what people actually experience? Take yesterday (Sunday, 5 April) in the UK.  The day ended with an address from the Queen.

It started though with a row about whether professional footballers should be coughing up some of their dough.  And on social media much of it seemed to be taken up by arguments about whether park sunbathers were recklessly putting others lives at risk, or whether the Police were abusing their powers in trying to move people on.  Hardly a kumbaya moment.

Then you have the more grim reality of people being out of work, and more seriously, too many lives being lost.  For many, this is what “do you remember” will sadly come down to.

The idea is sound. Emirates wants to remind us that we are missing things like being able to travel, which we had taken for granted for so long.  And it is telling us that we will have a better future again.

It’s the way they’ve executed it, that I have a problem with, as the picture they paint just doesn’t match the reality experienced by the majority

Do you agree?  Or do you think that in a time of almost constant bad news, that the light hearted tone adopted by Emirates is the one to take?

Have you seen our Covid-19 page?  It’s got a range of free resources for aviation marketers.