Note: Originally posted on The Aviation Writer, this article was written by Robeel Haq, author of the blog, and former editor of Aviation Business. Robeel is now working at Etihad Airways.

I’ve been having an interesting discussion with my friend Shashank Nigam, CEO of the global aviation consulting firm SimpliFlying, about the need for airlines to move beyond usual marketing tactics to engage the connected traveler.

In fact, I found the conversation so interesting that I cornered Shashank into writing about it for TheAviationWriter.com! You can find his ‘top 5’ list on the subject below, which is based on SimpliFlying’s latest Airline Marketing Benchmark Report… enjoy!

Airline marketing has entered an exciting, unpredictable and creative phase. In the words of Patrick Murphy, ex-chairman of Ryanair, “the biggest change that has occurred in the airline industry in recent years has been the use of social media”.

Unprecedented in the history of airline marketing, engaging today’s travellers requires airlines to move beyond the usual marketing tactics. Here are five reasons why:

1) The age of advertising is dead

There are over 200 airlines on Twitter today, and the space is cluttered. Too many airlines are trying to woo travellers in the same old ways. Mere contests and free tickets are no longer enough to drive engagement.

In fact, travelers will not respond to a constant stream of one-way marketing messages. It is all about two-way communication now.

2) A hybrid model involving online and offline spaces is necessary for marketing, and even for loyalty programmes

Today’s travellers are ever connected on their mobile devices, spending more time on Internet and social media than on TV, radio or newspaper. According to Gogo, 23% of passengers travel with tablets and 42% with laptops. The pervasiveness of Internet and social media users almost necessitates the adoption of marketing tactics that involve both the online and offline spaces.

In fact, a hybrid model is necessary not only for marketing, but also for loyalty programmes. In a joint study with Cranfield University in 2011, 72% of participants (who fly more than five times a year) said they would join a social loyalty programme, where they would get real-world rewards for online actions.

SimpliFlying helped Estonian Air and BalticMiles pioneer the world’s first social loyalty programme and crowd-sourced membership level respectively. Estonian Air’s AirScore rewarded fans with mileage points for liking or sharing relevant content on their social networks, and they could use these points later when they fly Estonian Air.

Within only 10 days, AirScore won over 1000 members, even going on to win the award for Best Social Media Campaign at the 5th Annual Mega Conference for Airline Loyalty and Ancillary Revenue Programmes, beating powerhouse Southwest Airlines who was competing for the same award.

The travel cycle itself has changed. A three-stage lifecycle (namely planning, booking and travelling) has arguably been replaced by an evolved five-part cycle – i.e. the Connected Traveller Lifecycle model (see below).

With this new model, developed by SimpliFlying, today’s traveller is guided by 1) dreaming of a destination, 2) planning, 3) booking, 4) travelling, and through these stages, 5) the act of social sharing. While booking is indeed the driver on which the airline ultimately depends, today it must be reached through the path that today’s traveller adopts. 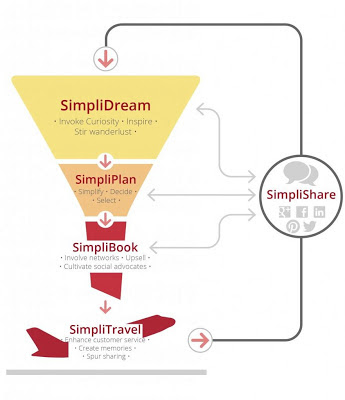 A good example of SimpliPlan is Etihad’s Mapped-Out tool in collaboration with LinkedIn. It allows business executives on LinkedIn to search connections within two degrees of connection and have them displayed on a map, based on geographical locations or industries of interest. Helping to foster networking across boundaries, this tool is particularly useful for executives planning business trips. 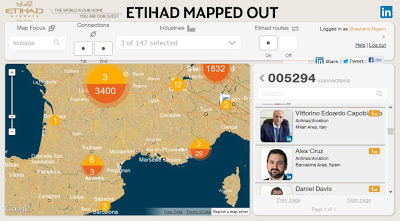 In The Connected Traveler Lifecycle, ‘SimpliShare” is extremely important, because it exists in all four stages. As a matter of fact, SimpliFlying’s work with SpiceJet, for the launch of its Bombardier Q400 aircraft in the Indian market, can serve to exemplify ‘SimpliShare’.

SpiceJet wanted to convince Indians, who typically have not been keen to fly turbo-props, to overcome the entrenched mindset. In addition, there was a need to create destination awareness as SpiceJet was not flying these planes on major routes within India. Over a period of six months, SimpliFlying helped SpiceJet to specifically target niche segments through social media and leverage on a customer-to-customer education model, promoting sharing among users themselves. Within the first two weeks of launching Bombardier Q400 in India, SpiceJet achieved 88% load factor for five newly launched destinations.

4) The majority of airlines have increased their social media budget

In SimpliFlying Social Media Outlook 2012/ 2013 (a study conducted last year with 29 of the world’s most social-savvy airlines), the majority of airlines allocated up to 10% of their marketing budgets to social media.

When planning ahead, 75% of airlines then had set to increase social media budgets in 2013, indicating the growing role that airlines recognise in social media. 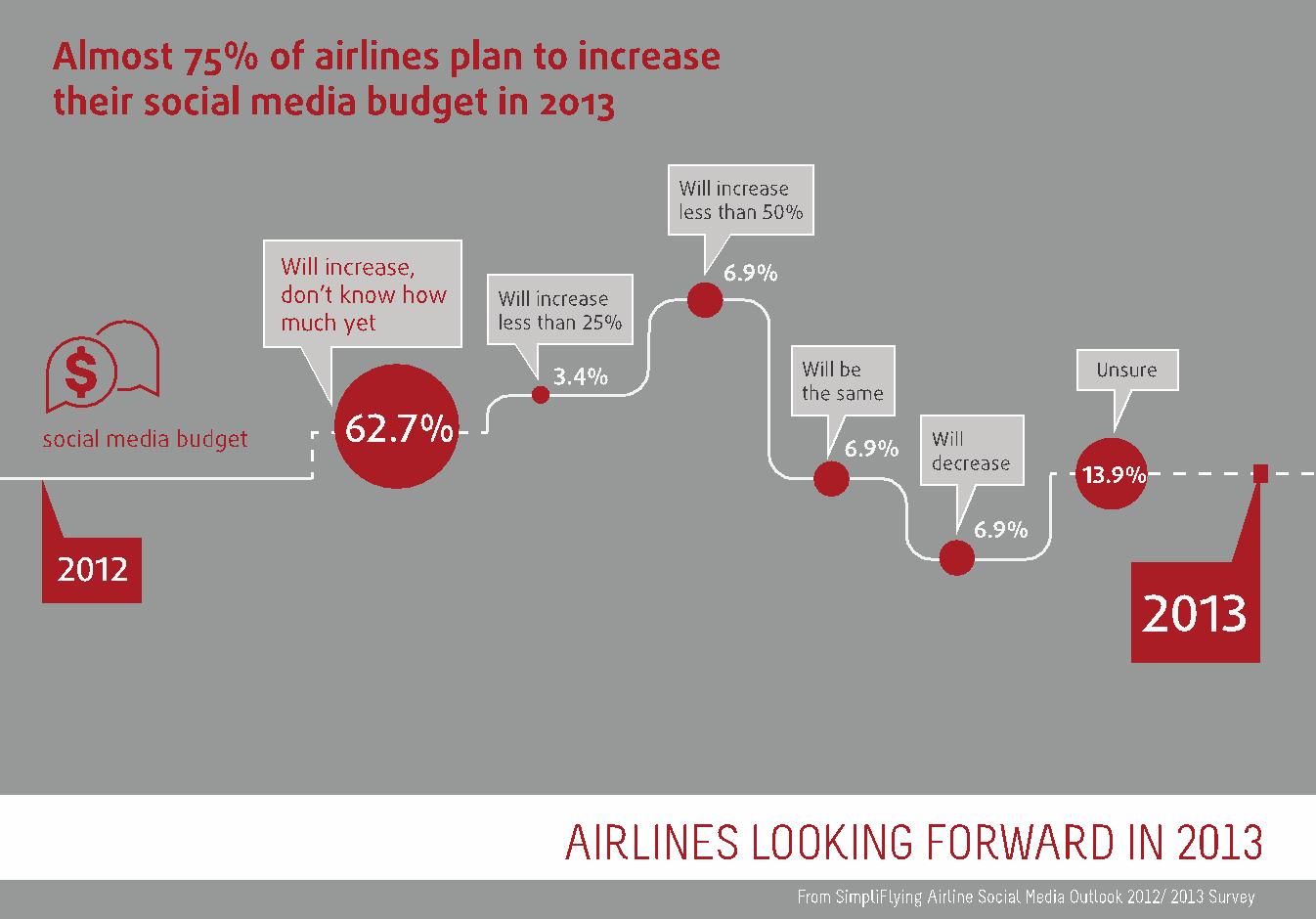 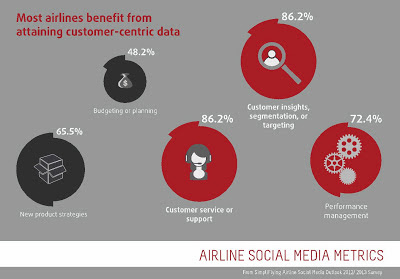 The bottom-line is that if you are not where your customers are, if you are not connected to them and tuned in to their behaviour, you are going to lose a lot of business. The usual marketing tactics are not enough to engage the Connected Traveller. Be transparent, responsive, and helpful online.