The importance of timing in airline marketing 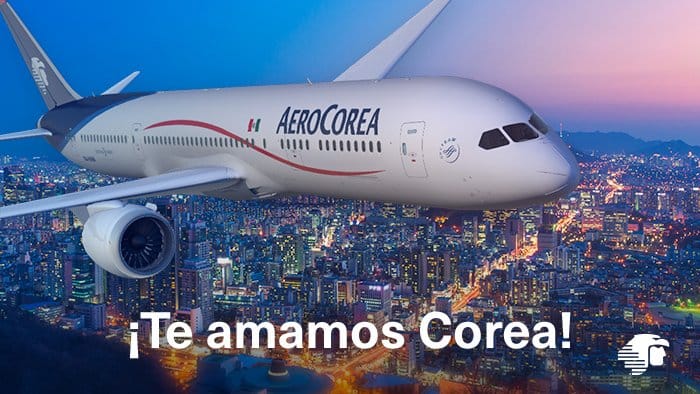 Germany faced an unexpected exit from the FIFA World Cup 2018 after a loss to South Korea in the group stages. The biggest beneficiary of this defeat was Mexico, which qualified for the knockout stages.

Within hours, Aeromexico put up posts on its social media platforms announcing a 20% off fares to South Korea to thank the country. The posts were accompanied by a Boeing 787 in a revised livery that read, “AeroCorea”. There was a significant uplift in website hits to Aeromexico.com in the days after the marketing ploy.

On the other side of the Atlantic, Ryanair, an airline that never lets such an opportunity go, tweeted, “Making an unexpected exit? We have Löw fares on Ryanair.com”. The tweet was a play on word with the surname of Germany’s coach Joachim Löw. The tweet was shared over 3,000 times and liked by almost 5,000 people.

Both Aeromexico and Ryanair timed their marketing efforts perfectly. Most of their target markets (Europeans and Mexicans) had a vested interest in the game. The airlines’ swift marketing moves ensured that the brands remained top of mind.

[easy-tweet tweet=”If airlines want to stand out from competition, they need to become masters of timing. Specifically, the timing of their marketing efforts.” user=”simpliflying” usehashtags=”no”]

While sports marketing seems to be the easiest way to ride on a trend, airlines have found ways to derive marketing results out of snafus by competition too. Recently, British Airways decided to cancel hundreds of “error fares” to Dubai and Tel Aviv. While the airline issued refunds, this made a lot of customers unhappy after they snagged £200 fares. Competition swooped in shortly after.

Wizz Air, the Hungarian budget airline, offered disappointed British Airways passengers’ flights from London Luton to Tel Aviv for £80 each way. Wizz Air wanted to showcase that their regular fares are less than the “error fares” from the legacy carrier.

Virgin Atlantic then released a tweet with a link to £282 round trip fares stating, “Prices so great, you’d think we made a mistake!” The airline even had a footnote stating that they will honour any mistake fares too.

With fares starting from £282 per person return, we PROMISE we haven’t made a mistake….✈️?✈️ https://t.co/TXgBHSgRMA pic.twitter.com/8e4tjtkY2B

So what is the secret of airlines that consistently succeed at timing their marketing well? It’s often about the partnership with the agency. When I interviewed Air New Zealand’s marketing head for my book, SOAR, he mentioned how strong their relationship is with the marketing agency, which is just a walking distance from the airline’s headquarters.

Air New Zealand, like Virgin Atlantic, has a track record of perfect timing for their marketing efforts. A couple of years ago, Qantas CEO, Alan Joyce, was at a press conference announcing a joint partnership with American Airlines in Auckland. A journalist asked him what he thought of Air New Zealand. Alan replied quite frankly that Air New Zealand is an “extremely well run airline.” The marketing team at Air New Zealand got down to work immediately with the agency.

The press conference was held on a Friday. By Monday morning, a full-page advertisement in the Sydney Morning Herald, offering Alan a top-tier frequent flier membership with Air New Zealand, encouraging him to fly an airline he likes so much. There was also an online meme created that put Alan’s comments on a loop. Everyone had a good laugh and Air New Zealand came out a winner.

The key to its marketing success? Quick cycles with the marketing agency and a great working relationship.

There’s also an element of trust that we should highlight here. The airlines that succeed trust the judgment of the agencies more often than not.

Imagine if each concept required multiple budget approvals or a committee to decide on the creative? Forget about quick turnarounds. The airline may not even be able to churn out anything that grabs attention.

Two years ago, Royal Jordanian ran ads in response to US President Trump’s “Muslim ban”. Bookings rose by 50%. They too had worked closely with their agency and gave young creative directors full leeway in coming up with campaigns.

[easy-tweet tweet=”Like a good joke, airline marketing is often only as good as its timing.” user=”simpliflying”]

To become masters of timing, much work needs to go in building up a good creative team and tight relationships with agencies.