So, what’s an airline social media command centre?  We have been asked this question many times over the past few years but, interestingly, always in private. It seems to have become one of those concepts that people are expected to know about but that each person understands in a slightly different way.

As consultants who have helped many airlines create their social media command centres, we figured it was our duty to provide some clarity. We’ll start with the basics.

What’s a command centre for?

In the broad sense, a command centre is a place where managers can get an overview of the situation and make decisions. It’s a concept derived from military “war rooms” or “situation rooms” where generals from different forces would convene to manage the situation more efficiently. 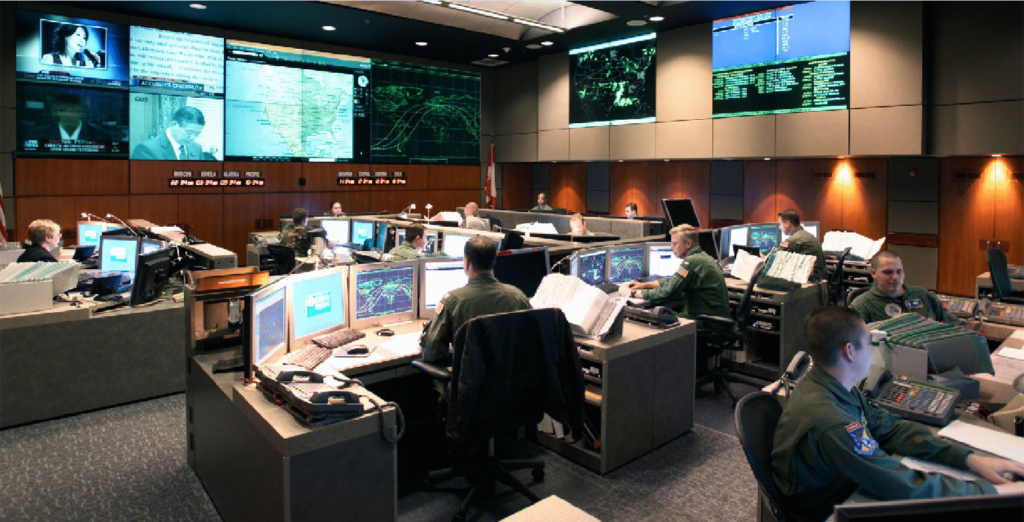 In airlines, the system has long been used by operation teams in the form of Operation Control Centers or OCCs. This approach is used because operations are subject to many unpredictable factors such as weather or traffic that require constant coordination and quick decisions.

In communication and marketing, this approach was – until recently – unnecessary because information speeds were low and there was plenty of time to set up meetings and prepare a response before the issue escalated. Volumes were also much lower because most issues never spread far enough to become problems.

Today communication has become so fast that airlines need to move quickly, improving their internal communications and situational awareness, and that’s what command centres are for.

Because airlines come in all shapes and sizes, command centres can have different levels of sophistication but they all share 3 key elements:

The physical space can be anything from a corner of the office to a fully fledged crisis room. Its role is crucial because it represents the space where people can discuss the situation and share information.

The information display could be described as the “input” part of the system. These days, since social media is the fastest source of information – and the source of most problems – the display will usually feature a social feed paired with metrics, alerts and sometimes updates on the airline’s operations.

Escalation systems and protocols are what make the system efficient. Today response speed is everything and teams who become aware of a problem must also have access to tools and systems to solve it or reach the right decision makers.

To understand how different types of command centres operate we will now go through its potential evolution, from the simplest systems to the most complex.

At its most basic level, a command centre is not a visually impressive thing. Just a few screens placed in a strategic location that is easily accessible to marketing, customer service and communication teams, with a space to meet and discuss.

When no crisis is happening a trained analyst will monitor the situation, and the screens will serve to provide everyone with a feel for how things are going in the airline. This will be in itself a very important role since it allows teams to better understand how the airline is seen from the outside, identify areas of improvement and prevent problems. 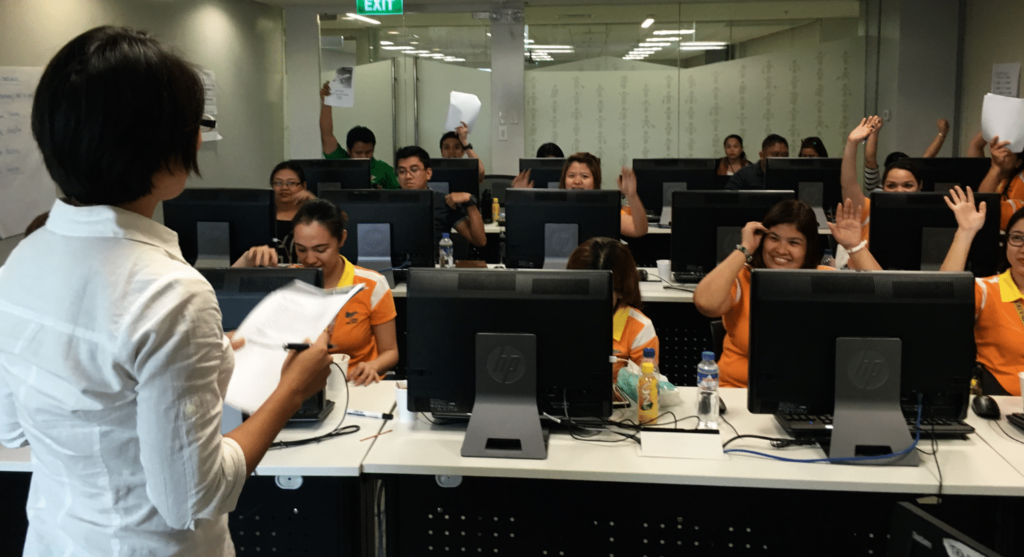 Training and processes are key to making the system work. The person in charge of monitoring the data will, of course, need to be trained to spot problems and understand the information but one person alone cannot do much. Marketing, communication and customer service teams should all receive some form of awareness training to understand how information spreads, how people communicate on new media and how crises develop.

In our consulting, we have found that airlines often start by purchasing the monitoring tools – that are usually very expensive – and overlook the need for training and processes. This is because they often assume the team already has the necessary skills and underestimate just how much communication has changed in the past few years.

To help airlines get started we have recently worked on a model that eases the initial costs associated with a command centre and allows airlines to have a strong starting point on which to build on. The package allows the airline to have a command centre up and running in under a month and includes training, escalation systems and the data feeds for the screens. You can learn more about it here.

To create a strong base for the command centre there are two elements that cannot be missed: a professional assessment and good quality training. Of the training, we have already spoken earlier but it is worth underlining its importance in an industry as complex as aviation. The assessment is the unseen groundwork that is done before any systems are installed or processes created. It is an analysis of the current state of the company and is used to customize the training and design the escalation and response processes.

Integrating with other teams

Once the basic command centre is up and running airlines can make the decision to develop it further. This is often a natural process that involves a connection with two departments, customer service and operations.

The most interesting connection to observe is always the one between marketing and customer service teams. These two groups often work in separate silos where one attempts to create a positive image of the airline and the other deals with the negative image created by problems and complaints of all kinds.

Over time we have observed that in airlines that have this connection both teams become more efficient, with the customer service team gaining a better understanding of why certain messages are sent and the marketing/communication area being able to adjust its messages to prevent certain problems.

The second connection, between operations and the communication teams, is often the result of a traumatic experience such as an airport closure, a natural disaster or a strike. In these cases, contact is initiated by the communication teams who need information to manage the crisis. Over time it tends to evolve into a mutually beneficial relationship where the command centre staff can identify and warn operations of problems that are happening at airports. When fully developed a command centre is a dedicated space where representatives of operations, marketing, communication and customer service all work together to help their colleagues communicate and remain up to speed with the situation.

In large airlines this team often operates inside the operation control centre or in close proximity and during crises becomes the place where all decisions are made. During normal operations, it helps teams share information and is the often the place where solutions to common problems are found and where managers can come to get the pulse of the airline.

As communication speeds continue to increase and people become more connected we will see more and more airlines using command centres. The challenge will be ensuring that these systems are up and running when they are needed and that they have had enough time to develop.

Getting started soon is a must, but also a daunting task. If you’d like to learn more you can reach me at marco@simpliflying.com