Have airlines earned the moral high ground to seek a bailout due to covid-19? 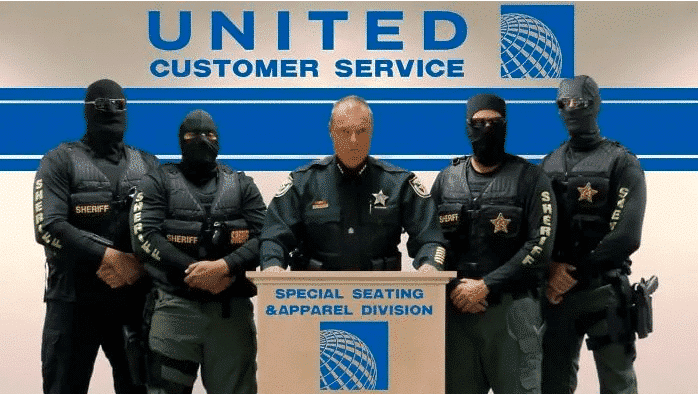 I’ve been working in aviation for over a decade. I would love to airlines to be able to take to the skies and spread the magic of flying again. While airline bailouts are being sought from the governments, they also face a backlash from customers. Is it justified? Perhaps it is.

I often start my speeches referring to the typical airline billboard we may come across.

A flight attendant who couldn’t be happier seeing you on board gently pulling a blanket over you while you snooze. While that’s the ad most of see, the reality couldn’t be farther from this for many of us.

The backlash for airline bailouts

Despite record airline profits in the past decade, the flying experience for most passengers has gone downhill. Airlines have been cutting service for a majority of passengers who fly economy class. From American Airlines introducing tiny lavatories in their new Boeing 737s to British Airways removing seats that recline and hot meals from regional flights. Of late, airlines are dodging refunding passengers whose flights were cancelled- with United asking passengers to wait up to a year for a refund and SWISS playing hide and seek.

While there were exceptions like Emirates (watch their latest ad) and Air New Zealand (as I detail in my book SOAR), most airlines enhanced products and services only for Business Class passengers while a majority suffered. For example, Air Canada introduced the Signature Class, while squeezing in more passengers in their new Boeing 777s.

Most enhancements by airlines impacted a tiny fraction of the flying public – the high-yielding premium passengers.

Now that airlines are on the mat because of the crisis caused by the corona virus, they are seeking large bailouts from governments. These estimates range from $60 billion for the US airlines to $250 billion (put together by APEX) for the global industry. The reality is that these are taxpayer funds, mainly contributed by the 80% of people who suffered lower flying standards in the past decade. Hence the backlash.

Where did airline profits go?

Many are also wondering where all the airline profits have disappeared? Didn’t airlines have the best decade of profits in history? Unfortunately, airlines spent most of their profits in buying back their own shares. The US airlines spent up to 96% of their annual profits buying back their own stock. Some even took cheap loans to run these operations. It is reported that Boeing spent $45 billion in share buybacks in the past decade (and now, it is asking for a $60 billion bailout).

While these actions boosted the stock price and rewarded aviation executives, perhaps they could have gone towards keeping a deeper pocket for a rainy day. Airlines with stronger cash balances and lower debt, like Southwest, will probably come out sooner from this crisis.

Unfortunately, airlines spending their profits on boosting stock price and paying top executives fat checks does not inspire the common man to back an airline bailout by the government.

In fact, in their latest letter to the US Congress seeking funds so as not to lay off staff, the US airlines have promised that they will not use these funds to buy back their own stock or beef up executive pay. This is as much an admission of guilt as there needs to be.

When times were good, few airline brands invested in building trust with their customers and staff. Now perceived as apathetic, faceless corporates, they are getting the flak when seeking bailouts.

Airlines can’t start building goodwill now when times are tough. They had to dig the well when they were not thirsty.

Having said that, there were a few airlines that did things differently.

When I interviewed Southwest Airlines executives for my book, SOAR, I learned about the Golden Rule they have in place. It means that we treat each other the way we want to be treated, which is why doing the right thing by their Employees and Customers is so inherent to who Southwest is. The airline truly takes care of its employees, who then deliver a superior customer experience too. Similarly, Canada’s WestJet invests a lot of time and effort treating their staff well and also their customers. Such stories come out in tough times like these.

Airlines that treat their staff and customers well build trust in the brand over time. This is the deep well of goodwill they should be able to dip when times are tough, like during the covid-19 crisis. It’s just not something that can be done overnight.

What should airlines do differently once bailed out?

Given how many people airlines employ globally, it is inevitable that governments will come to the rescue of many. The ball has already started rolling in this direction, from Norway to New Zealand. That is not to say that the masses will be happy about it. Mergers and acquisitions will also accelerate as some airlines are denied access to public funds.

The question the common man will be asking is why not save the local restaurant owner whom they know personally, rather than the airline that has been cutting corners in service and squeezing them at the back? This simply shows lack of trust in airline brands. Here are a few steps airlines can take to build trust through these tough times, so that customers come back to them when times are better:

Ultimately, the aviation industry cannot be allowed to collapse. It is too important to the interconnected world economy and employs far too many people. Hence, it will be rescued. But airlines need to do things differently. They need to take steps in building brand trust to truly benefit from these bailouts. And they need to do it now, not when they are in need the next time.