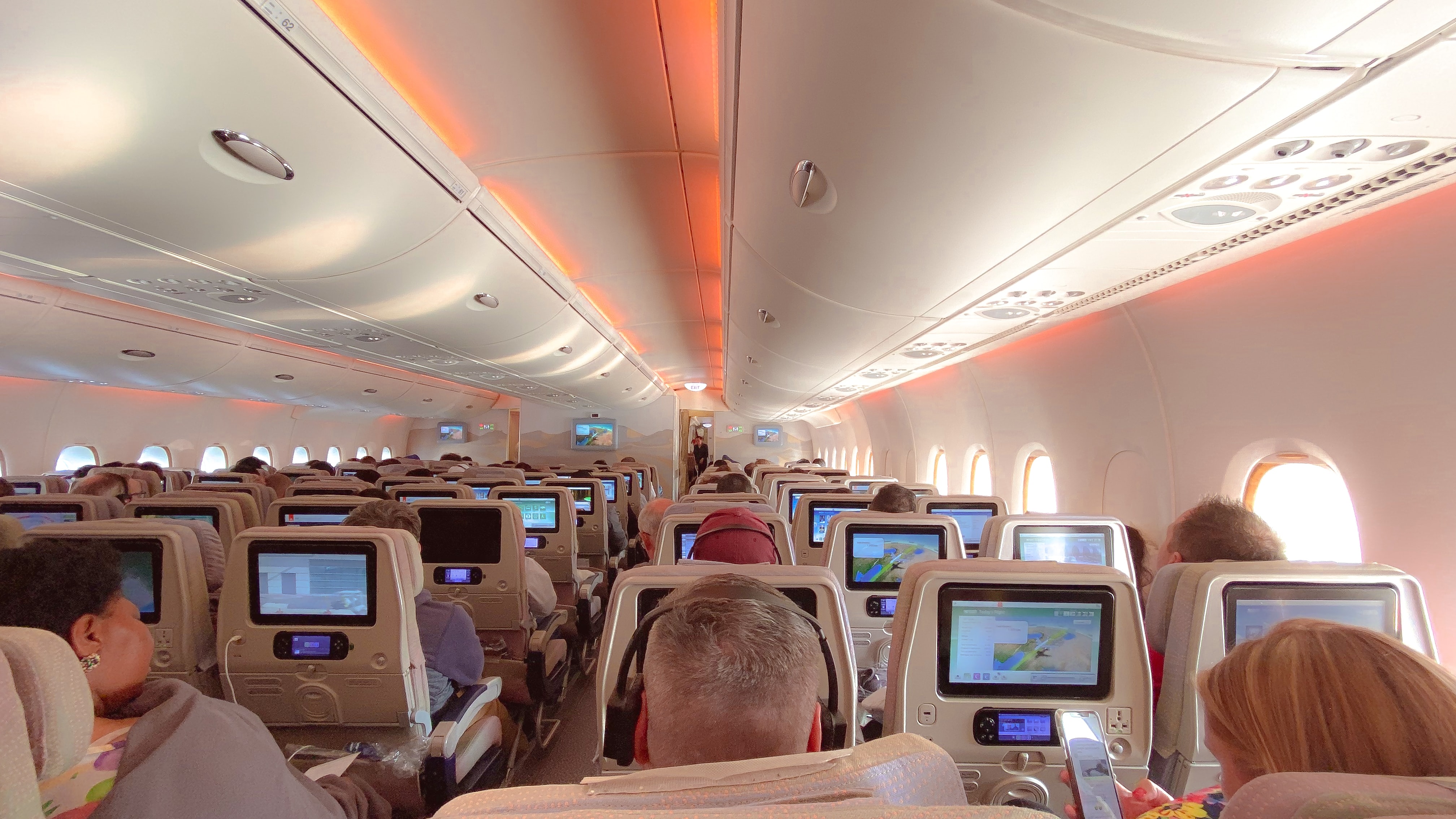 Dubai based Emirates has announced that it will be the first airline to offer free medical insurance for passengers in case they contact COVID-19.  This came via a tweet from Emirates’ chairman Sheikh Ahmed bin Saeed Al Maktoum (h/t Jon Howell). 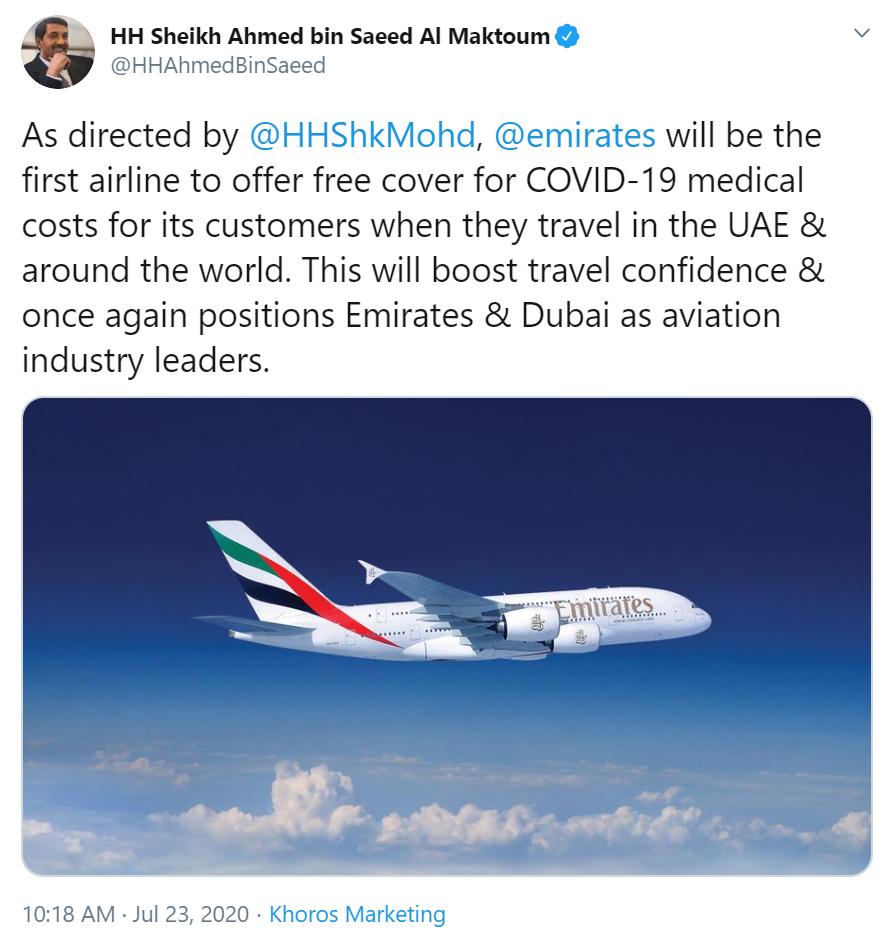 However there’s a much bigger piece of news behind this announcement. Which is that Emirates – and presumably Etihad as well – will now be operating a Testing Before Travel (TBT) policy.

According to the National Newspaper from August 1st, a COVID-19 (negative) test certificate must be produced by all passengers flying into the UAE no more than 96 hours before travel.

Crucially, following cases where Emirates unwittingly flew people who had COVID to Hong Kong and Australia via DXB this now applies to transit passengers as well.

At time of writing, the airlines had not yet produced an official announcement on their websites so some of the details of how this will work are still to be confirmed.

However, this is an important first. Even though the instigators of this policy were the UAE authorities, major international airlines are now requiring passengers to be tested *before* they fly.

It’s recognition that on it’s own, steps like introducing thermal scanners won’t stop people who have the virus from flying.  For one thing, around 40% of people who have Covid are asymptomatic anyway.

It will also without a doubt increase confidence with both passengers and staff – you will know everyone on the flight with you has been tested.  This could be the one thing to make the whole middle seat debate go away.

Airlines need to take the initiative in testing

What would be even better is for Emirates and Etihad to introduce testing right before check-in at major airports.  The advantages of this would be as follows:

1 – The cost to the passenger would be lower encouraging even more people to fly.

The cost of having a PCR test done is still very high.  Right now Frankfurt Airport’s standard €59 euro service (which takes 6-8 hours to come back) is the cheapest, but in a city like London for example a typical cost in a private clinic is $100+ per person.

Carrying out a test before check-in would be much cheaper – we’re aware of almost 20 organisations worldwide either producing or having made antigen test kits that cost less than €50, with 90%+ accuracy and that take under 30 minutes to process.

Also, having a test done is often not straight forward.  A Dubai based Italian tour operator is quoted in the National as saying:

There are only four main centres in northern Italy that do Covid-19 tests, “so imagine if someone in Palermo or Napoli wants to do the test, they will have to go all the way to Milan to do it.”

If you have a test done 96 hours before departure, you could of course still catch COVID during those final few days before you fly.  Testing everyone before checking in gives that extra reassurance.

It also gives the airline and / or airport control of the process, in choosing a standardised test that is administered to everyone.

Right now there is consumer confusion between antigen, antibody and PCR testing and the chances are passengers will turn up with the “wrong” kind of test.

Having said all that, this is definitely a major milestone and our belief is that mandatory testing immediately before departure is coming very soon (see our recent newsletter for a quick, accurate test being trialled in Italy).

(Have you signed up to our newsletter and magazine?  You can do so here)