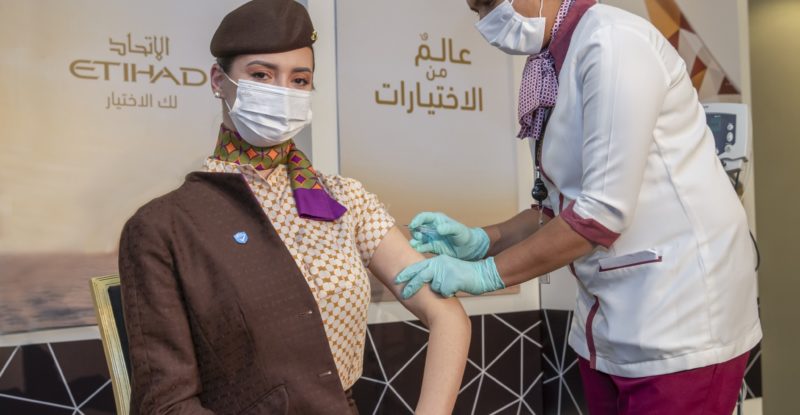 Imagine boarding a flight where everyone has tested negative for the virus before boarding, and any staff you deal with has been vaccinated. Wouldn’t that give you peace of mind about your trip? What if you had to fly elderly parents or grandparents for a holiday – wouldn’t you prefer to have them fly an airline where 100% of the customer-facing staff has been vaccinated?

Some of the top-rated airlines in the APEX Health Safety standard powered by SimpliFlying have taken the lead in re-building trust via vaccinated staff. Etihad Airways and Singapore Airlines have received the highest Diamond-rating for their hospital-grade health safety efforts. Scoot and El Al are currently undergoing our health safety audit.

Etihad is the first airline to vaccinate all pilots & cabin crew

“We proactively made the vaccine available to all our employees to not only help combat the effects of COVID-19 but to make travellers feel confident and reassured the next time they fly with us. We are the only airline in the world to make COVID-19 testing mandatory for every passenger and crew member before every flight and now, we’re the first airline in the world with 100% vaccinated crew on board,” said Tony Douglas, Etihad Group CEO.

While Etihad has not made it mandatory for its staff to receive the vaccine, those who choose not to get vaccinated and contract COVID-19 will not receive health insurance or paid sick leave. So there’s an incentive to get the shot.

The carrier said more than 90% of its cabin crew and pilots have signed up for the vaccine. Around 85% of those have received at least the first dose, and many have begun getting the second dose, it added. Singapore Airlines expects all those who have signed up to receive the second dose by the end of March.

The Singapore government has urged workers at the national airline to sign up for its inoculation program, powered by the Pfizer-BioNTech vaccine, in a bid to make SIA one of the world’s first carrier with all staff vaccinated against COVID-19. 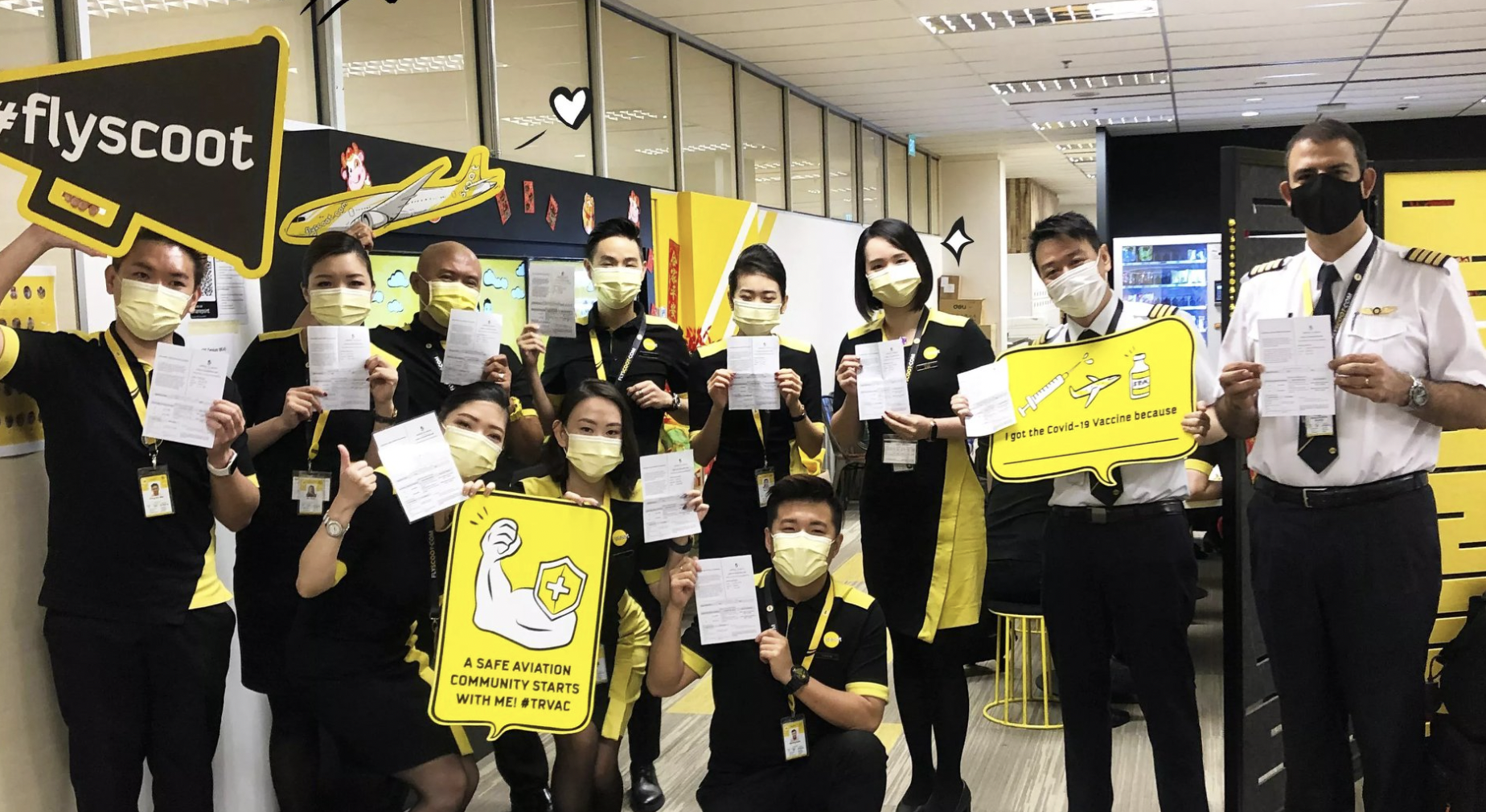 In the same week, El Al became the world’s first airline to have all customer-facing staff, including flight and ground attendants, security personnel, pilots, and other service personnel, inoculated against the virus. El Al recognizes that travellers interact with staff across multiple touchpoints, not just within the aircraft.

The UAE, Singapore and Israel all have relatively small populations of less than 10 million residents, so it is not unsurprising that their national airlines are the first to have all staff vaccinated. We will be keenly watching how this strategy spreads across airlines in countries with larger populations.

United Airlines, another Diamond-rated airline by APEX Health Safety Powered by SimpliFlying, has said that it is considering requiring all of its staff to be vaccinated.

Airlines staff around the world have been prioritized in getting vaccinated against COVID-19. Because having vaccinated staff interact with travellers boosts confidence – among the passengers and the staff. For airlines that jump on the bandwagon early, this becomes a brand differentiator as well.