Why Virgin Atlantic Airways is not “on the brink of collapse”

Whether Virgin Atlantic, and their sister companies Virgin America and Virgin Blue can ride out the storm depends on many factors, but at the moment things are not looking good for the former wunderkind of British industry. The â€œbudget house of cardsâ€ wonâ€™t stop toppling for some time yet.

Prevention is better than cure

In fact, Branson’s comments show Virgin’s preparedness for the upcoming threat and they are dealing with it head-on. Forbes Magazine revealed in an article that Branson unveiled last Friday the slogan “No Way, BA/AA,” which will be painted on the side of Virgin’s aircraft. This campaign will alert consumers to the “anti-competitive” nature of the proposed tie-up, which Virgin hopes will then indirectly put pressure on American antitrust regulators.

Virgin is a trusted brand

Virgin Atlantic is one of the few airlines in the world with a sound business model (first class service at business class prices) and an outstanding brand image. Most importantly, Branson is an icon people can relate with. Customers trust the Virgin brand, and this brings loyalty. They will not ditch a loved brand easily and Virgin is likely to further strengthen its position an industry leader once this crisis is over.

Let’s think of a simple scenario. If given a choice, would a business traveler fly across the Atlantic on an old American Airlines plane with service quality not even close to that of Virgin? Or would he rather fly Virgin Atlantic, having their great in-flight product and service coupled with a luxurious lounge (shown below)?Â  The difference in the brand experience is so huge that customers would think twice before switching loyalties. 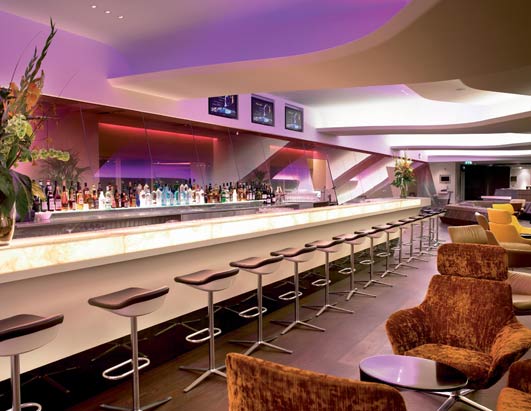 Hence, it is a stretch of imagination to say that Virgin Atlantic is “on the brink of collapse”. What do you think? Can a strong brand support a business in bad times? Is Virgin Atlantic indeed in trouble? Or are we thinking too much? Let’s discuss…